On the Sublime, or the Terror of Philosophy

The philosophy of the sublime has a long tradition since Burke and Kant in the 18th century. As widely known, the beautiful and the sublime were two opposite concepts at the time of the Enlightenment, the latter being tied to such adjectives as abstract, awful, horrible, huge, or terrible. Kant is especially well known for his “Analytic of the Sublime”, in The Critique of Judgment, in which he related the experience of the sublime to the recognition of rational ideas. Bearing these points in mind and calling such a tradition “aesthetic sublime,” I tried to elaborate a genealogy called “rhetorical sublime” in my book Rhetoric of the Sublime (2017). What I call “rhetorical sublime” originates from the classical text “On the Sublime” written by Longinus in the 1st century which had been widely discussed in the field of rhetoric and literature. While, in the wake of modernity, the “rhetorical sublime” has been gradually replaced by the “aesthetic sublime”, this talks argues that it is a form of “rhetorical sublime” that is at play in some currents of contemporary philosophy such as speculative philosophy. Elaborating arguments on fundamental questions such as: what the world is; what life is; what the world without us is; what may afterlife be about, contemporary speculative philosophy develops a discourse that profoundly shakes our worldview foundations, a discourse that, instead of working through feelings and sensations, haunts thought through reasoning. Attempting such a meta-interpretation of speculative realism (focusing on Quentin Meillassoux but also on other contemporary philosophers such as Ray Brassier and Eugene Thacker), this talk will argue that this may precisely be defined as a contemporary form of sublime.

This talk presents the interactive software platform made for Glass Bead, and engages with themes of domain translation, artificial intelligence correlation and simulation aesthetics. In the platform devised for this event, operational texts and large datasets of found 3D objects are correlated through descriptions generated by collective valuation and machine learning. From this standpoint, the talk discusses the possibility of designing a different and non-utilitarian kind of software, where the intersection of game logic and artificial intelligence collapses multiple modes of production to allow for new possibilities in generative thinking.

There are two main categories of probability interpretations. 1) Objective probabilities are associated with random physical systems such as roulette wheels, rolling dice and the behavior of the molecules of gases.  In such systems, a given type of event (such as a die yielding a six) tends to occur at a “relative frequency” in a long run of trials. 2) Logical probabilities are associated with the degree of belief in particular probabilistic inference, thus probability refers to the degree of reliability of a specific scientific theory.

Objective probabilities allow to estimate the risk of an action, for example, betting on the number 3 while throwing a dice. However, the calculation of objective probabilities is not always available, for example when one faces alternative models suggesting different forecasts: this situation is said to be uncertain. Rather than leading to decisional paralysis, uncertainty can be computably managed by updating rational expectations thanks to the integration of new available information. This way of dealing with uncertainty not only characterizes our present approach to knowledge, but it is also functional to the game of financial capitalism. In this global game, the success depends on the ability of producing and selling information, which means credible risk forecasts. As a consequence, on the one hand, our decisions are limited to the choice of different options of risk, and on the other hand, knowledge is reduced to the belief in the efficacy of a betting strategy.

Archaeologically thought, artifacts are residues of certain historical, regionally specific dispositions, acting as instrumental vehicles in rendering said historical configurations intelligible. Artifacts belong to a somewhere and a somewhen, designed to be interacted with by somebody, and it’s in this way that artifacts are, most typically, understood as adaptive expressions of a given historical condition. Such adaptive expressions include a particular concept of the human for whom an artifact is socially adjudicated as desirable, necessary, good or useful. If artifacts help us better see and chart historical transformation from the perspective of the past, can they also be imagined as instruments for sensing and interacting with new histories that are not (yet) given, or historically situated? Otherwise said, how can artifacts participate in the construction of otherworlds wherein they are no longer adaptive expressions of current world configurations; ante-artifacts that help us grasp a transformative mode of non-belonging to existing historical givenness? The proposition of this talk is that in order to circumvent the dead-ends of futural hype – that is, when futurity is either a sheer continuation of current historical dispositions masked in blinking technologies, or when it is figured a-historically as a leap from nowhere – we require instruments that enable the cognizing of current historical configurations as impermanent and subject to mutation. When historical givenness is unavoidable as a point of departure, what does it mean to embark on the creation of artifacts that belong to another where and when, and how do we account for the movement from the what is-ness of the world at hand, to what could or ought to be as an instance of a remade world in excess of historical givenness?

Conceived as part of the triennial Okayama Art Summit 2019 (“IF THE SNAKE”, curated by Pierre Huyghe, September 27 – November 24 2019 Japan), and on the occasion of the publication of “Site 2. Dark Room: Somatic Reason and Synthetic Eros”, “The Glass Bead Game: Views from The Anti-World” is an attempt to critically materialize the “glass bead game” devised by Hermann Hesse in his eponymous novel (The Glass Bead Game, 1943). Described by Hesse as a playful practice of synthesis of human knowledge, this game is rather mobilized here as a framework allowing to rethink the transfers between art, science and philosophy, as well as the political economy of these transfers.

Three thinkers were invited to present a “thought experiment” (Gedanken-Experiment) taken from the recent history of philosophy. Rebuilding step by step the path of a thought within a theoretical problem, a scientific hypothesis, or an epistemological contradiction, these three thought experiments have been then formalized by an algorithm designed by Damjan Jovanovic and Casey Rhem. Based on an artificial neural network, this algorithm generatively explores these thought experiments, to which it gives the form of a spatial simulation, of a visible world, both navigable and modifiable. Giving an image to concepts, and opening a space for negotiation about the fidelity (or infidelity) that these images entertain with the concepts they represent, this navigable space takes the form of an “anti-world” where the rules of the real world are not so much suspended as they are converted to a generic set of coordinates coordinates, and thus open to all possible transformations and reconstructions.

It is to the collective formalization of the coordinates of this anti-world, as well as to the discussion of the trans-disciplinary reason that may be invented there, that the two-day workshop following the public presentation of the event will be devoted. 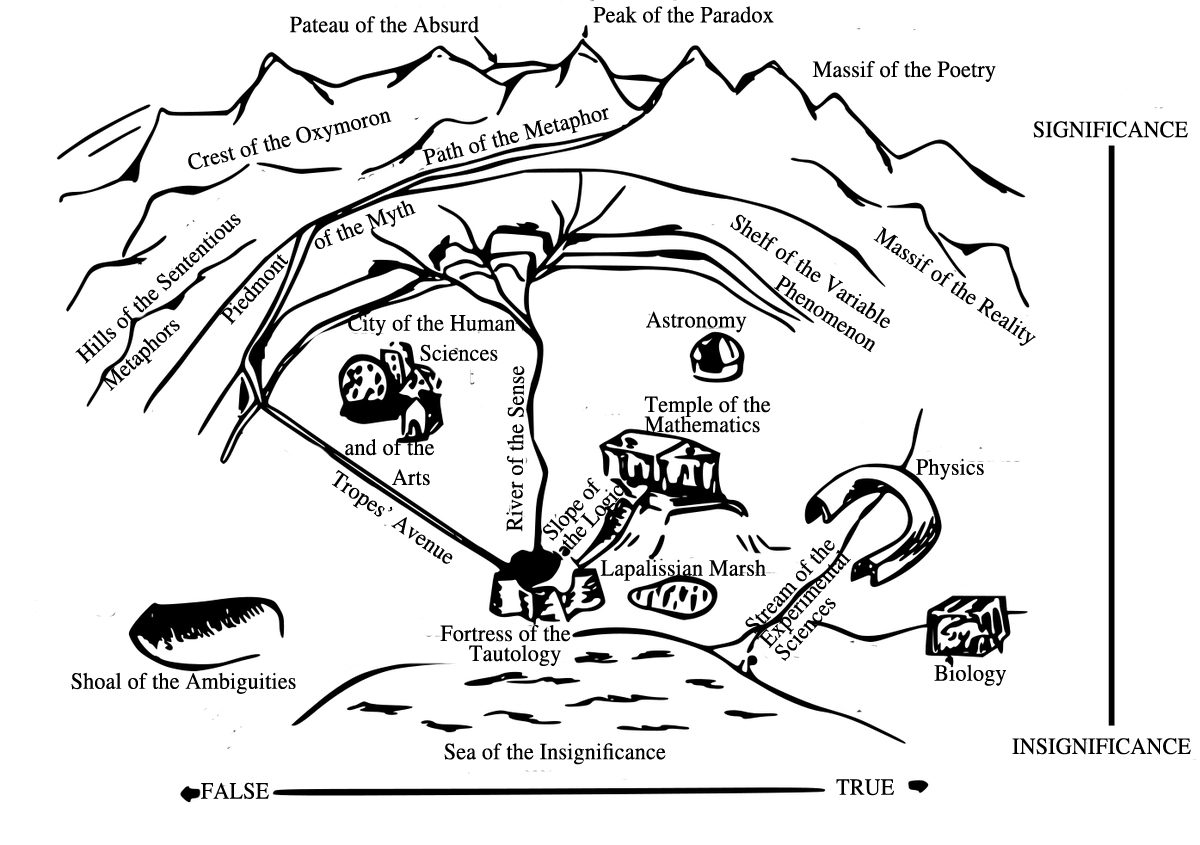